WordPress 6.1 is on our doorstep, so we wanted to share some of the exciting new things that we can expect from the update.

Matías Ventura, the lead architect of Gutenberg, shared the roadmap for the upcoming 6.1 release in time for the closing session of WordCamp Europe.

Note that Matías Ventura wasn’t able to join Josepha Chomphosy and Matt Mullenweg for the keynote. He made a thread instead on Twitter and shared some demos for the updates.

Here are some of the things he revealed:

Besides the promised “smoother” experience with a new “browse” mode in site navigation, site editors can also zoom in and zoom out while working.

He said in his post on make.wordpress.org that this feature will provide more clarity between global elements (templates, template parts, styles) to unify the template editor and post editor experiences.

Contributors are exploring a new “aerial” view that would allow site editors to focus on top-level sections of a page or template.

Matías identified patterns as a major focus as it’s a “central piece of the creative process”. Expect an update too on the discovery and insert process.

In addition, Matías also shared a bit of trivia about patterns:

“Did you know you could place a pattern in a folder titled /patterns within a theme and they’d get automatically registered? It’s also possible to add a block type attribute which would automatically enable a modal flow to choose a starting point when creating new pages.”

3. Gutenberg outside of WordPress

Matías also revealed how Gutenberg is now being used outside of WordPress. He gave an example of Tumblr as deploying a beta version of the integration:

Another integration is also in alpha. Matías said that he’s looking forward to the time when you can copy and paste blocks between platforms.

Matt and Josepha also shared interesting bits on the long-term roadmap of WordPress during their part at WordCamp Europe.

A contributor asked them why WordPress is waiting until phase 4 before starting out on multilingual features in the core.

Matt explained why they’re focusing on phase 3 now, which he calls the “workflow”, before starting out on multilingual features:

“Phase 3 is Workflow. This is basically where we’re going to take real-time co-editing into WordPress, much like Google docs or something else. When you log in to edit a page or your sites or a template or something, if someone else is in there at the same time, you’ll be able to see them moving around. Of course, we want to make sure we have version control built in like we do for posts and pages, into as many parts of WP as possible, so if someone makes a mistake or an edit to the site, you will be able to roll it back easily, which I think is really key for giving people confidence.”

“I think that the workflows around multilingual are important so where is the content being canonically created, how do changes flow from one language to another, maybe even bi-directionally, depending on the people editing the site, and how that affects the rest of the templates – things that are outside the post and page content.”

Matt further revealed that multilingual is probably one of the most complex things they will be working on. It will take everything in WordPress and make them multi-factorial.

Sounds complicated! Anyways, what features are you most excited about in WordPress 6.1? Share your thoughts in the comment section.

WordPress 6.1 is scheduled to be released only a little over a month — on November 1, 2022. Since Matías Ventura released a roadmap, there have been 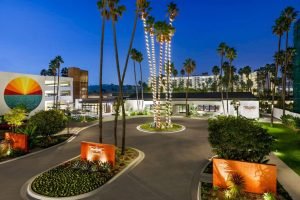 WordCamp US 2022 Highlights: Community and Innovation

WordCamp US 2022 was the first in-person WordCamp event in two years. Many contributors are present and shared their tips and experiences to the community.